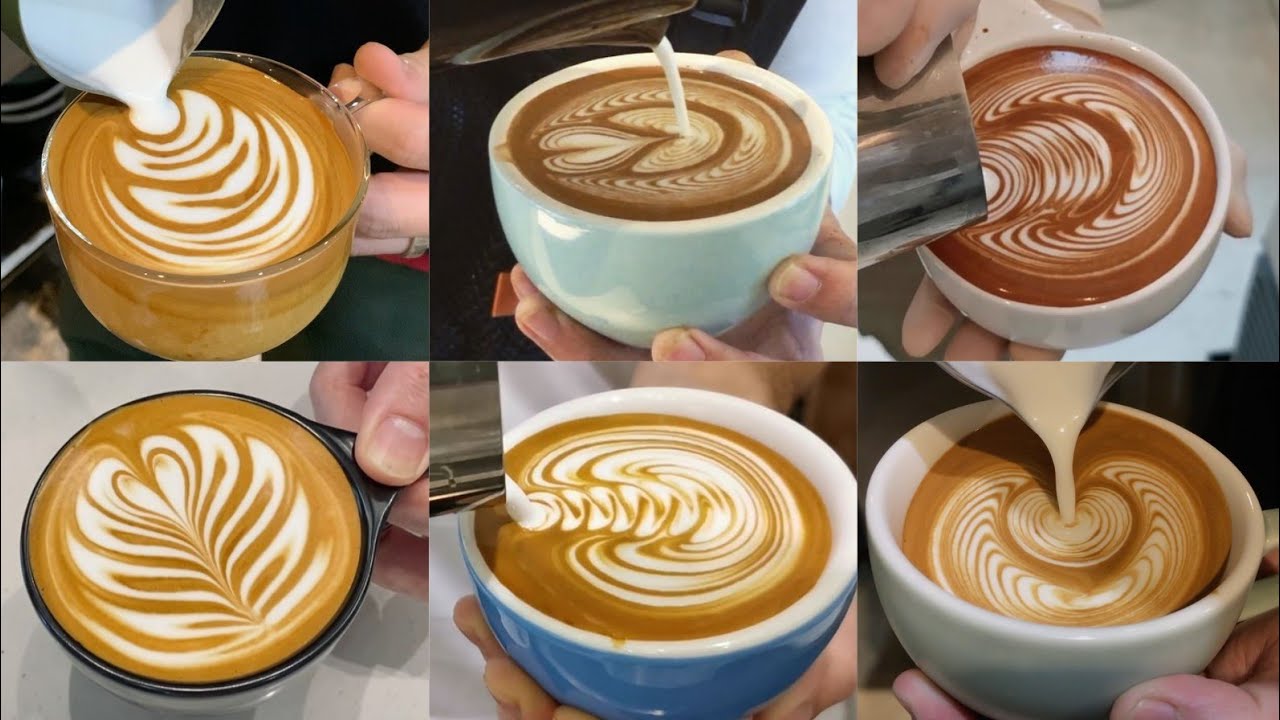 Cream may be used instead of milk and is
often topped with cinnamon. It is typically smaller in volume than a caffè latte, with a thicker layer of micro foam.

The name comes from the Capuchin friars, referring to the colour of their habits, and in this context referring to the colour of the beverage when milk is added in small portion to dark, brewed coffee (today mostly espresso). The physical appearance of a modern cappuccino with espresso créma and steamed milk is a result of a long evolution of the drink.

The Viennese bestowed the name “Kapuziner” possibly in the 18th century on a version that included whipped cream and spices of unknown origin. The Italian cappuccino was unknown until the 1930s, and seems to be born out of Viennese-style cafés in Trieste and other cities in the former Austria in the first decades of the 20th century.
——————————————————————————————————-
A latte (/ˈlɑːteɪ/ or /ˈlæteɪ/) is a coffee drink made with espresso and steamed milk.

The term as used in English is a shortened form of the Italian caffè latte [kafˈfɛ lˈlatte], caffelatte [kaffeˈlatte] or caffellatte [kaffelˈlatte], which means “milk coffee”. The word is also sometimes spelled latté or lattè in English with different kinds of accent marks, which can be a hyperforeignism or a deliberate attempt to indicate that the word is not pronounced according to the rules of English orthography.

In northern Europe and Scandinavia the term café au lait has traditionally been used for the combination of espresso and milk. In France, caffè latte is mostly known from the original Italian name of the drink (caffè latte or caffelatte); a combination of espresso and steamed milk equivalent to a “latte” is in French called grand crème and in German Milchkaffee or (in Austria) Wiener Melange.