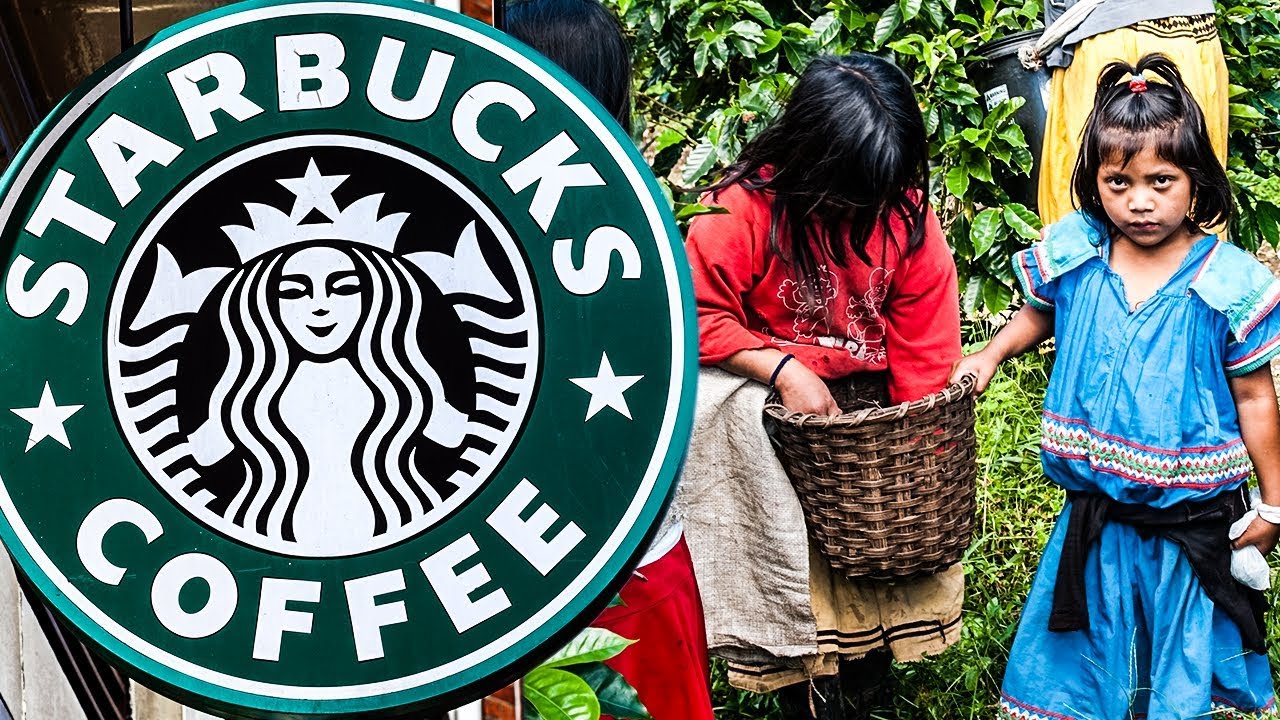 Beans
Share on Facebook
Share on Twitter
Share on Pinterest
Share on LinkedIn
A new expose has revealed that Starbucks, along with several other major coffee brands, has been using child labor to pick their coffee beans in foreign countries. Some of these children are as young as 8-years old. This corporate behemoth is not our friend, no matter how much we may like that jolt of caffeine that they give us each morning. Ring of Fire’s Farron Cousins discusses this.

Support us by becoming a monthly patron on Patreon, and help keep progressive media alive!: https://www.patreon.com/TheRingofFire

Find our merchandise at Teespring: https://teespring.com/stores/rof-store

Support Ring of Fire by subscribing to our YouTube channel: https://www.youtube.com/theringoffire

*This transcript was generated by a third-party transcription software company, so please excuse any typos.

So there was a very interesting report that came out recently actually over in the United Kingdom, uh, on their program called dispatches in dispatches is apparently what shows like 60 minutes here in the United States. Used to be and dispatches did this report sent camera people down to actually get footage and interviewed people in Guatemala. And what they found was that Guatemala is having children, some of them as young as eight years old work 40 hours a week, six days per week to pick coffee beans. Now that’s pretty bad, right? That makes the country of Guatemala seem like, Oh my God, they’re good with essentially child slave labor because these children were paid less than five pounds per day. And if you switch that over to us dollars, that’s about $6 and 38 cents per day. These children are being paid to go out and pick these coffee beans. But here’s the problem.
These coffee beans are not for Guatemala. These coffee beans are made for export and they’re being exported to companies like Starbucks and Nespresso owned by Nestle. And Nestle has a long history of using child slave labor all around the globe. But Starbucks on the other hand, this is a new revelation. We didn’t know this and honestly I’m a little bit sickened by the fact that we use to have programs on the air here in the United States that went out and did these investigations that would tell you like, Hey, this product you’re buying is horrible. It’s using unethical labor overseas. This product will kill you. Those don’t exist anymore folks. 60 minutes used to do that. All of the other evening news programs used to do that. They would send crews out, do these undercover investigations, but they don’t anymore. And that’s why this practice that’s happening in Guatemala on the behalf of companies like Starbucks and Nespresso, uh, went so long without being noticed.
And these children against some of them as young as eight, most of them around the age of 13, $6 38 cents per day while lugging around a 90 pound sack of coffee beans all day long so that Starbucks and Nespresso can sell you your morning coffee. Is it worth it? Is it worth it to know that you’re having child slaves? Pick the beans that Starbucks then roasts and serves to you for well for more than what they’re paying their workers per day. Now, here’s the sick and twisted part of all this too. Again, this has been going on for years and Starbucks and espresso. These aren’t some hole in the wall coffee shops folks. Hell Nespresso has George Clooney sitting on his board of directors doing their commercials for them and he said, I was surprised and saddened to see this story. Clearly this board in this company still have work to do.
That work will be done. I would hope that this reporter will continue to investigate these conditions and report accurately if they do not improved. That was an espressos statement through George Clooney. Now, here’s what Starbucks had to say. We have zero tolerance for child labor anywhere in our supply chain. We’ve launched a full investigation into the claims brought by channel four carried out in partnership with a leading third party auditor will awesome these companies, they’re like, wow, we just found out about this. Oh my God, we’re going to investigate. Whew. Thank you for telling us folks.